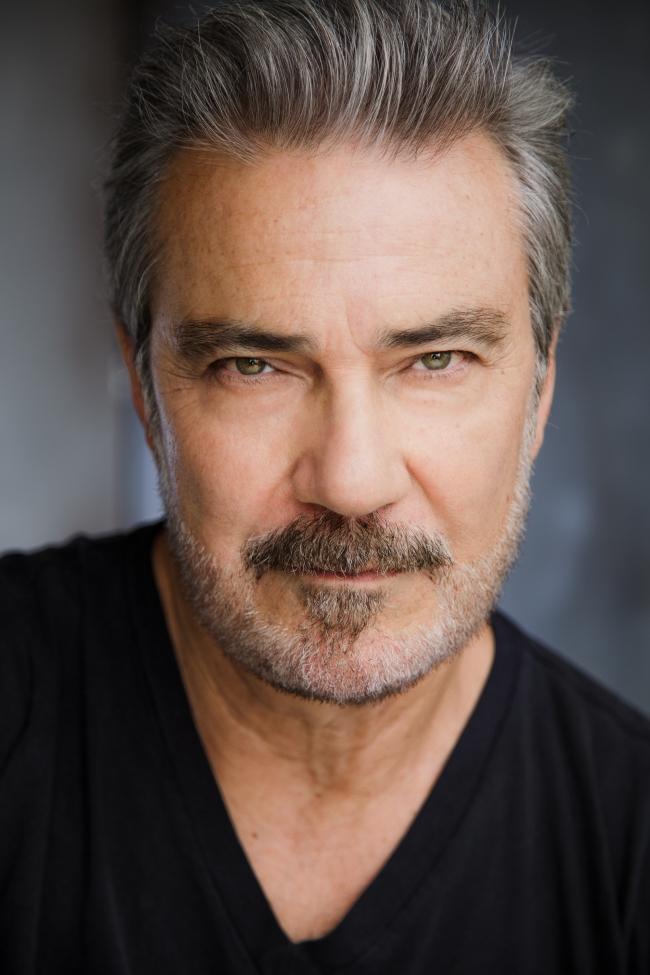 Calling All Men: Domestic Violence is Your Issue, Too!

“I see men and boys trying to outdo each other to see who’s more tough, more manly,” Rivers said. “But I believe a man is one who joins in the movement to end violence against women and children, who confronts those who commit the violence, who sets an example for boys and younger men, and who stands up to protect and respect women. That is a man.” ~Victor Rivas Rivers, 2018 guest presenter for DOVE’s 5th Annual Gala

On March 24th, DOVE Center will host our annual gala. We are so excited to provide an opportunity this year for community members and DOVE supporters to hear from one of the leading male voices in domestic violence prevention, Victor Rivas Rivers. Mr. Rivers is an actor by trade, but his triumph over abuse and other adverse circumstances, led him to the most important role of his life, that of anti-violence activist and voice for survivors of family violence. More on Victor and the gala in a moment.

Male voices in the chorus against domestic violence are not new. But recent trends, increased awareness, and diligent activism are helping to amplify them. For years, we at DOVE have strategized about how to involve more men in volunteerism and leadership roles. We are motivated by our knowledge of the difference it is making in reducing rates of violence, particularly violence against women and girls. When men speak to other boys and men about the importance of respect and the value of each individual; when men call out and identify abusive language, attitudes, and behavior; and when men help other men understand consent and personal boundaries, men respond and rates of violence decline. By men taking an active role in education and activism, abuse and sexual violence become shared problems, not a woman’s problem. And some of the leading male voices on the subject are taking it further, saying that because of our male-dominated society, and because violence committed against women is mostly perpetrated by men, prevention isn’t just a shared issue, but a men’s issue and men need to show leadership in finding solutions that ultimately end violence against women and girls.

Tony Porter is one such voice. He is the founder and CEO of A Call To Men, a violence prevention organization that works to upend gender socialization, the process by which we learn about social expectations and attitudes associated with being “male” or “female.” They call into challenge the unhealthy, even dangerous characteristics of masculinity that have been learned and practiced over time. Tony’s organization is a “respected leader on issues of manhood, male socialization and its intersection with violence, and preventing violence against all women and girls.” Their vision is to “create a world where all men and boys are loving and respectful and all women and girls are valued and safe.” (acalltomen.org) They call on boys and men to be accountable for behavior, attitudes, and language that contribute to a culture where violence against women is tolerated and normalized. A Call To Men’s educational programs cultivate a different, more healthy definition of manhood — one that abandons traditionally learned sexism and replaces it with love and respect. It ultimately empowers men to be the solution that ends violence and abuse.

For over 20 years Tony and his team have provided education to men and boys in schools, on university campuses, in government, and the armed forces. They have worked with the National Football League, National Basketball Association, Major League Baseball, and the National Hockey League. Their efforts are paying off and showing measurable results. Tony began training NFL players in 2014 on domestic violence and sexual assault prevention. Since that time, there has been a 42% reduction in the number of NFL players arrested. This is astounding and oh, so hopeful! As Tony himself puts it, prevention helps us get in front of response because, “what we’re actually responding to is women getting hurt and killed. And isn’t the goal for that to stop?”

Jackson Katz, Ph.D., is another anti-violence educator and leading male voice in the call to end domestic and sexual violence. Like Tony, he makes the argument that male violence, misogyny, and homophobia are inextricably linked to the way our culture defines manhood. Jackson is the co-founder of Mentors in Violence Prevention (MVP), a long running, highly influential violence prevention program and the first of its kind used in sports culture and the military. Katz and his partners at MVP pioneered the concept of bystander intervention, a practice that is proving to be highly effective in preventing violence against women and girls, LGBTQ, and ethnic minorities. MVP introduced bystander intervention to the U.S. Department of Defense (DOD) and was instrumental in helping military branches implement gender violence prevention programming. MVP further helped the military create a framework around prevention that makes it a leadership issue for military brass. In fact, one of Jackson’s main premises is that violence prevention is always a leadership issue, and specifically a male leadership issue.

Beyond his work with DOD, Mr. Katz has trained thousands of educators and others on his bystander and leadership-based approach to prevention. He has trained gang and youth-violence activists; college and university faculty and administrators; high school educators; men’s health advocates; and service providers at domestic violence and sexual assault programs like DOVE. From his website: “In these trainings, Katz introduces participants to his trademark way of conceptualizing the role of men in what historically have been considered ‘women’s issues.’ Instead of seeing sexual and domestic violence as women’s issues that ‘good guys’ need to help out with, he argues that they are men’s issues about which men from all ethnic and racial backgrounds should be educated and active–especially men in positions of family, community, professional and political leadership.” Mr. Katz is a dynamic and engaging presenter and highly effective at bringing his points to life. Thankfully, he has provided an avenue for everyday people like you and me to learn about his most important lessons through a wildly popular TED talk and full-length documentary, Tough Guise.

Admittedly, it has been a little slow-going for bystander intervention to fully catch on. But within the last few years, it has taken a front row seat in domestic violence, dating abuse, and sexual assault prevention education programs, including DOVE’s. Experts point to bystander intervention as a key to ending gender and minority-based violence. Beyond diffusing a situation where someone is being, or is about to be harmed, interrupting gives personal power back to the person being assaulted and holds a perpetrator accountable, letting them know their behavior has been noticed.

Which brings us back to Victor Rivas Rivers. Bystander intervention is part of what saved his life. Victor grew up in an intensely violent household and endured horrible abuse at the hands of his father. But when he presented himself to local police at age 12 asking for help and literally baring his body to show his injuries, police turned him away. They told Victor what was happening to him was a “private family matter” and sent him home to an unknown fate. But individuals in his community including teachers, coaches, neighbor moms, and others took a stand on his behalf and, quite literally, saved his life.

Victor talks about the responsibility each of us has to take a stand, to speak out on behalf of vulnerable victims, to get involved and give support in ways that help end domestic violence. Like Tony Porter and Jackson Katz, Victor’s activism challenges cultural norms that tolerate men’s violence against women. He is continually working to revise the traditional definition of manhood. “I see men and boys trying to outdo each other to see who’s more tough, more manly,” Rivers said. “But I believe a man is one who joins in the movement to end violence against women and children, who confronts those who commit the violence, who sets an example for boys and younger men, and who stands up to protect and respect women. That is a man.”

As a survivor-turned-activist, Victor is committed to engaging more men in violence prevention. One way he is accomplishing this is by providing mentorship and leadership through The Victor Project. This fatherhood empowerment program was created in partnership with Richstone Family Center, a domestic violence prevention program in Victor’s hometown of Hawthorne, CA. It was launched in June 2017 and is designed to help fathers have a positive impact on their children and in their communities. Participating dads generally have limited resources and are in need of the support and empowerment that can come from this type of mentorship and camaraderie. Through education and access to resources participants can improve coping skills, learn conflict resolution skills, and make connections with other men. This creates a circle of support that is specific to dads; it helps them be more successful parents and ultimately contributes to a violence-free atmosphere at home and in the community.

Obviously it’s not just men who need to be involved in ending violence, every individual must participate in creating a safer, more peaceful and just world. Victor advocates for exploring new strategies to end and prevent abuse and remains committed to combating the stereotypes and cultural prejudice that contribute to it. He has served as a national spokesperson for the National Network to End Domestic Violence since 1999 and has testified before Congress, met with governors and other leaders, and has spoken extensively at school assemblies, international conferences, fundraisers, and in the media, telling his story with hope, humor, and honesty every single time.

Which brings me back to DOVE’s annual gala. DOVE Center could not provide this amazing opportunity to hear from Victor without the generous support of our sponsors, and this year we owe a special thanks to Headline Sponsor Carpets Plus. Owner and longtime local businessman Joe Gibbons doesn’t necessarily like the limelight, but he stepped up his level of support this year because he wants to honor a dear family friend and local businesswoman, Kristy Manzanares, who lost her life to domestic violence last summer. Joe wants to help others find safety and resources before it’s too late. “It won’t bring her back, but it helps soften our sadness, and we hope it inspires others to step up and donate as well.”

We have been inspired by this, especially in light of an ever-increasing need for services. Last fiscal year DOVE saw a 25% increase in the number of individuals needing domestic violence services; and a 60% increase in the number of rape and sexual assault victims seeking support in the hospital ER. Since we rely on community donations for half of our funding, our clients need your support more than ever. We hope you are inspired as well and will attend our biggest fundraiser of the year on March 24th. With a male presenter, speaking on the role men can play in ending domestic violence, made possible by a male sponsor, it is already an historical event. Join us to take a collective stand to end domestic violence forever. For tickets and more information, visit dovecenter.org.

For information on prevention education, send an inquiry here. For emergency shelter and other questions about domestic violence or sexual assault, please call DOVE’s 24-hour helpline at 435-628-0458.